Early March 2004, my now estranged brother told me he’d gotten a new puppy. It was given to him free by one of Aaron’s customers because his baby-momma at the time thought it was cute. I thought it was odd that she just gave away a puppy since it seemed clear to me the woman was a backyard breeder, but I wished him well while worrying if this dog would “disappear” like the last one did (he didn’t want a dog, she did, so he let the last one out while she wasn’t home).

A week or so later, he called asking for my help with the “damned” dog because it wouldn’t listen to anything they said. I went over to their apartment to find an absolutely adorable and lovable puppy gamboling around the house. After ten minutes or so of watching her, I told them she wasn’t obeying because she was deaf. The backyard breeder, like many of their ilk, had bred two merles together, and had happily dumped one of the ones born with issues off on their unsuspecting selves so she could sell the rest.

My brother being my brother, made it clear he wanted a deaf dog even less than a hearing one and planned to get rid of it. I told them to give her to me, and they did. I dumped the long forgotten name they gave her and named her Blue. When I brought her home, Fusion was furious and Shasta, my old dog at the time, was cautiously curious.

But together they helped me raise her into a big, sweet love machine who smiled regularly and was happiest being pet, licking feet, going for walks, and eating. She grew from a tiny little ball of fluff into a 50-lb dog with ridiculously powerful jaws and an adorable stub tail that it took her over a year to figure out how to wag.

Tonight, a day after her 15th birthday, with her kidneys in end-stage failure and her body giving up the fight, I sat beside her kennel at the vet and gave her a last bit of love before finally letting her go.

For a dog that was dumped for being deaf, I could have never asked for a more perfect dog for me. Blue was my big baby girl and I loved her like no other.

Suffice to say, I will miss her terribly and my house feels so empty with her gone. I still have Yuki, of course, but this is the first time in nearly 18 years that I’ve had only one furbaby to keep me company. 🙁 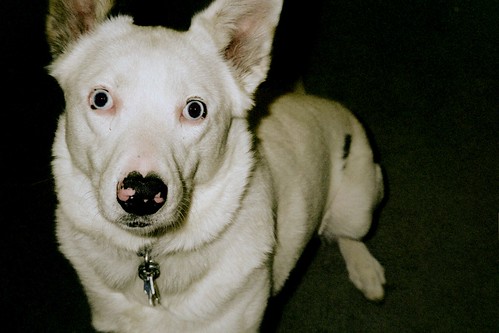 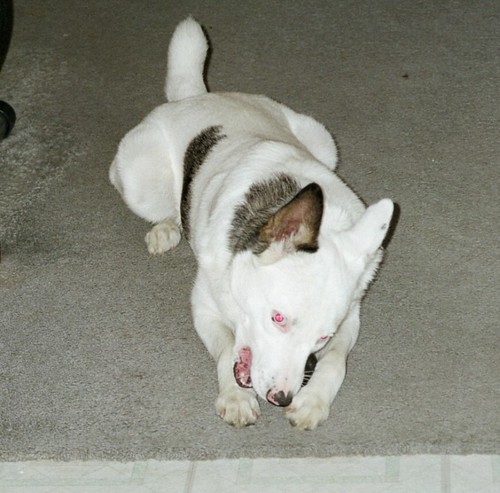 Blue With Her King Kong 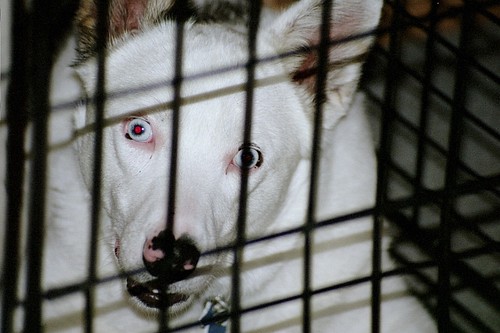 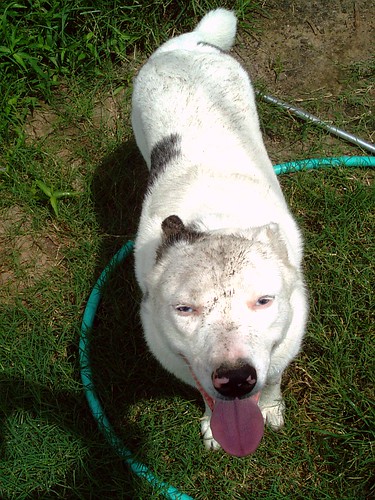 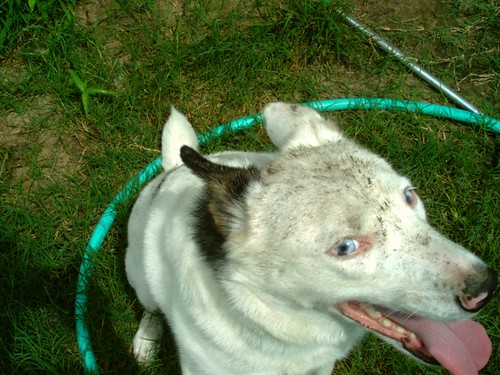 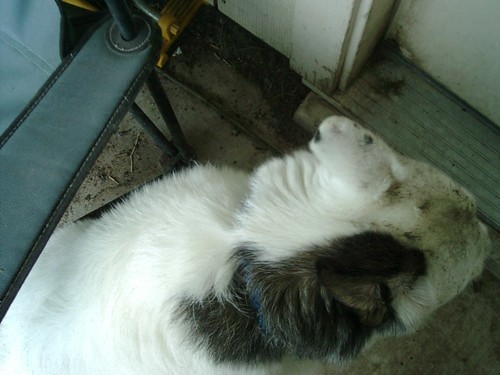 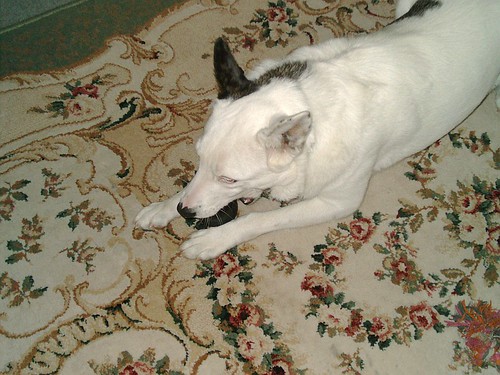 Blue With Her Kong 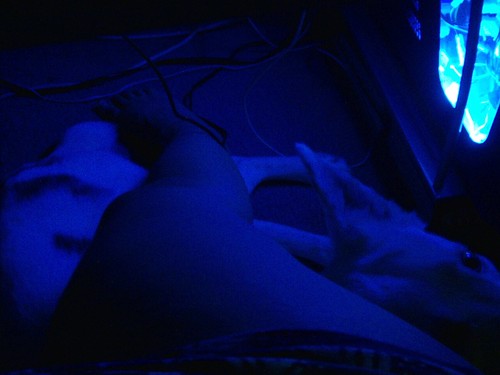 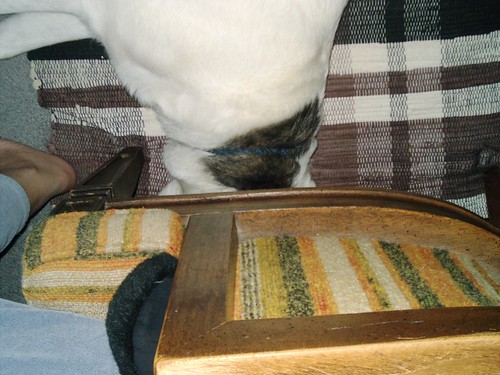 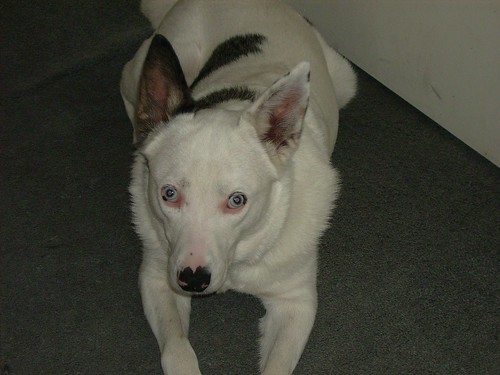 Blue Lying in the Hall 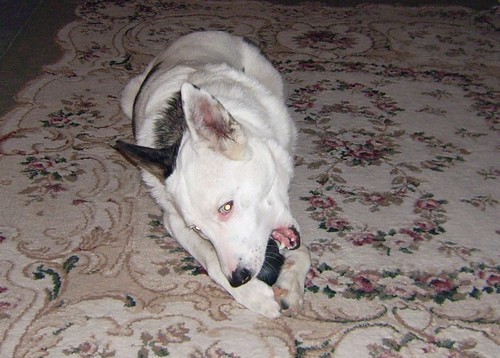 Blue and Her Baby 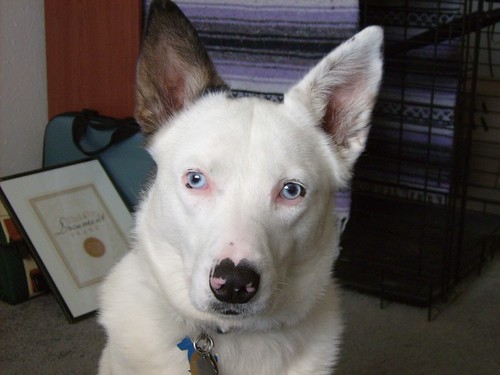 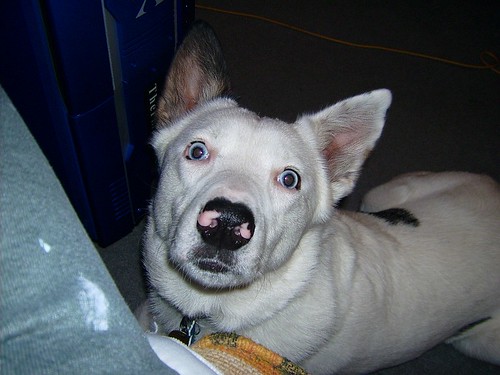 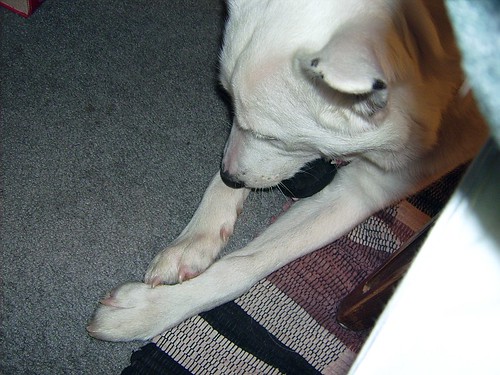 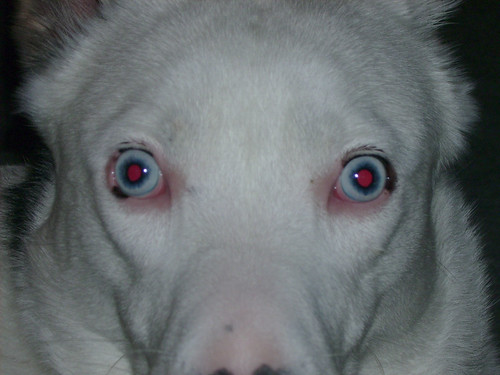 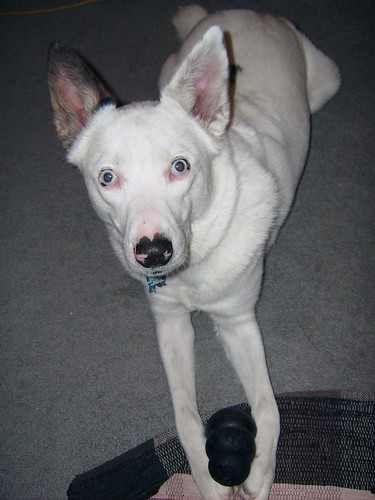 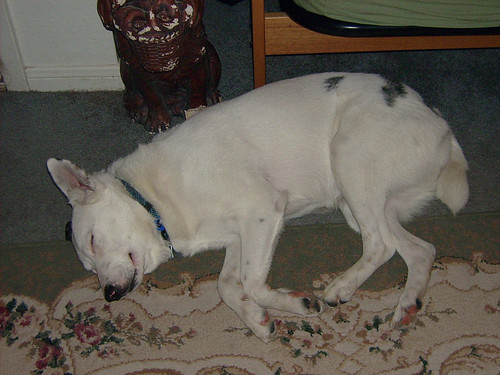 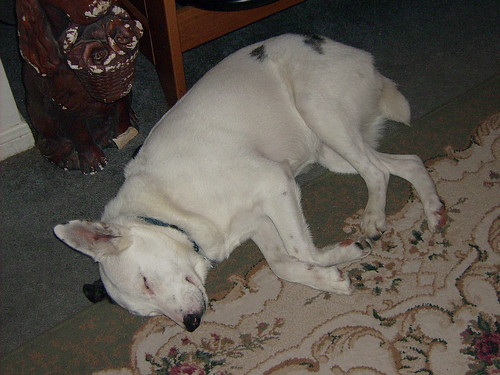 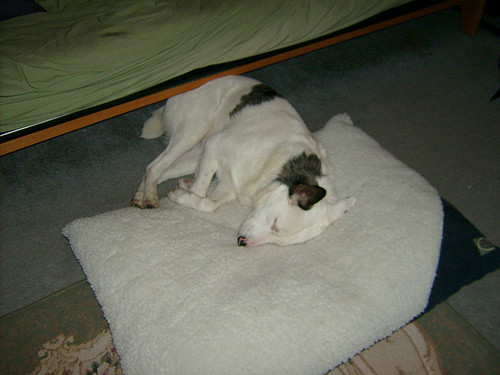 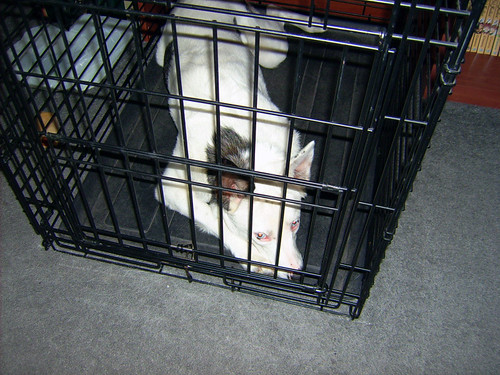 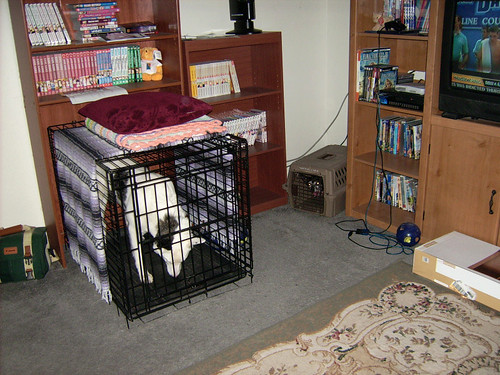 Day In the Life 14 - Dogs to the Kennels 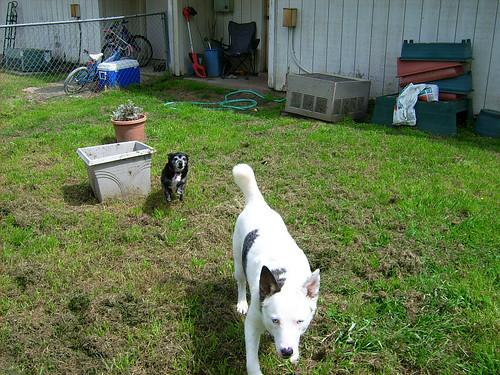 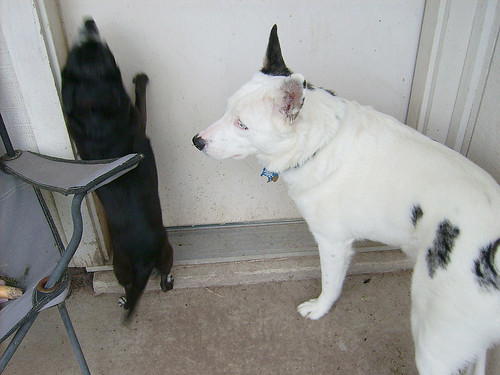 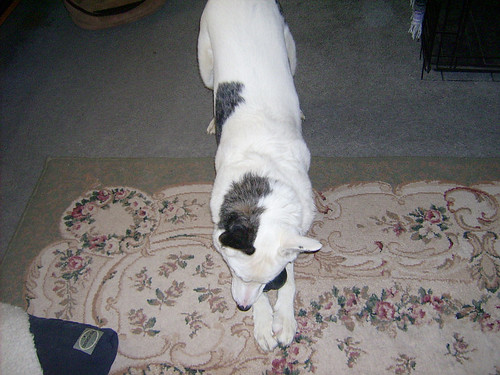 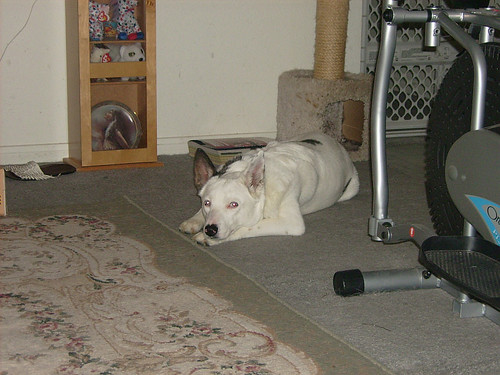 Day In the Life 77 - Blue Wants to Play Some More 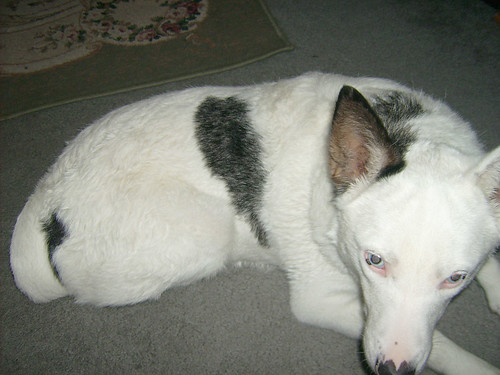 Blue Got a Bath 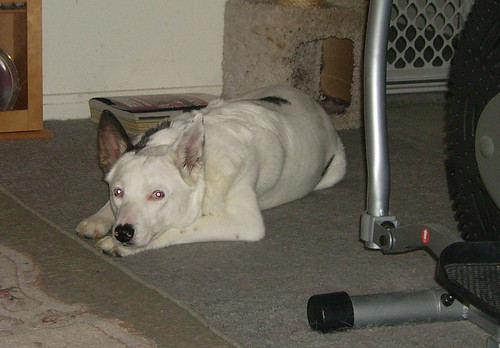 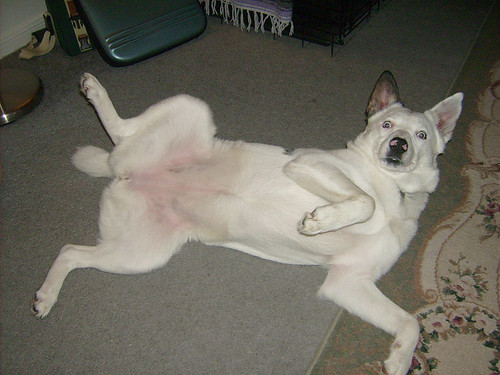 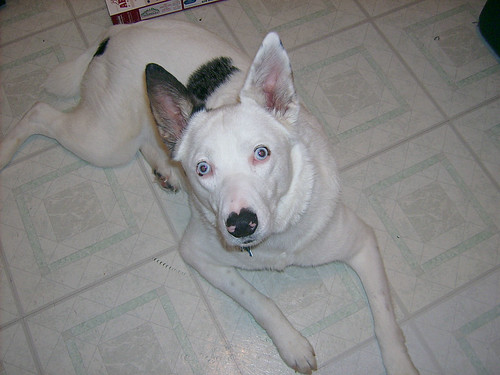